Pet Sounds, Nanaka 6/17, and The Appeal of Age Regression

An idea that I’ve dabbled with is age regression. I have yet to explicitly seek out any dedicated media related to the topic, but it’s something that I think about quite a bit, both sexually and non-sexually (though I won’t go into the more juicy details as that’s not what this post is about). It’s something that both appeals to my insane paranoia of time passing and growing up, along with an autistic fascination with the simplification of human relationships down to something a literal child would understand. I have much fantasized about having a romantic partner who would engage in things like feeding me, reading me bedtime stories and talking to me like a small child. I guess because I felt like I had a sub par childhood due to trauma, abuse, and neglected mental health issues, and that I still fail to understand mature interactions. I remember back in freshman year of high school, when people started dating, partying and doing drugs, and I didn’t understand any of it. All of the sudden, interaction became coded in a series of implications and ulterior motives, when I just wanted to hang out and talk about the new Xxxtentacion album (this was 2017 lol). Not only that, but as a transgender person, and someone who has been dealing with intense dysphoria since puberty, I would imagine if I went through my childhood and teen years as a girl, being treated like one, playing with other girls, and also discovering my sexuality as a girl. What would it be like if I were a cis lesbian, and the discovery of that? The grass is always greener however, so that probably would’ve had its own unique set of problems. Still, a gal can dream.

I mention this because recently I came across two pieces of media that has to do with the disillusionment of growing up, these being Pet Sounds by The Beach Boys and the 2004 anime Nanaka 6/17. Both of these have launched me into a three week period of horrible dissociated episodes freaking out over my perceived loss time and inability to connect with myself. Regardless of these things however, these are still very good works of art, and I would like to discuss both of them and how they relate to this topic. 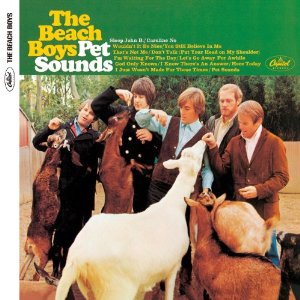 Pet Sounds is an album I have been meaning to revisit for a very long time. My best friend and fellow Denpa Mob member Ralph Ingo is a huge Beach Boys fan, incorporating their influence into basically everything he makes. The first time I listened to Pet Sounds, I wasn’t a fan. I thought I was boring and dull, nothing really appealed to or stood out to me. But hearing Ralph Ingo talk about how great their music is and the tragic but relatable life of Brian Wilson, I wanted to give it a shot. In short, Pet Sounds spoke to me exactly when I needed it. Brain Wilson is someone I heavily relate to. While I’m not going to claim my life was as bad as his, there are striking similarities, specifically with how sensitive he was. Brian famously was intensely sensitive due to his depression and PTSD from his father horribly abusing him. He hated touring because crowds and planes gave him horrible panic attacks. Most importantly though, he was taken away from his childhood too early to lead one of the most successful bands of 60s. Pet Sounds is a concept album about the disillusionment of growing up and feeling like you weren’t meant for the changing times around you. Wanting to go back to a simpler time symbolized by the sounds of early Rock and Roll and Doo Wop. The way it sounds so innocently delicate and earnest really resonated with me, like a true melancholy for the world you are forced to live in. I definitely relate as I see a changing culture and world that I feel like I just wasn’t made for. I feel like when Brian spent 3 years as a Hikki doing nothing but laying in bed, eating burgers and doing cocaine, but instead of burgers it’s chicken tenders and instead of cocaine it’s loli porn. Anything to make you forget about the trauma of having your talent be ruthlessly taken advantage of, only for me it was a way more independent thing influenced from my surrounding figures rather than someone literally forcing me to make a mentally damaging YouTube movie. Pet Sounds is something that sounds so pure, yet so depressing, like a child desperately clinging onto innocence, but being forced to exist as an “adult,” whatever the fuck that means. “Sometimes I feel very sad.”

Nanaka 6/17 is way more optimistic, highlighting the bullshit social stigmas and expectations we are forced to conform to through the oblivious and excited eyes of a 6 year old. Nanaka is a cynical and cold girl (who’s voiced by Chiba Chiemi the voice of DOREMI FUCK YEAH) who cares about nothing by studying. She’s dismissive of others, judgmental, and very toxically possessive of Nenji, our protagonist. He has his own set of imperfections too. He’s a delinquent who has adopted a tough and withdrawn exterior, earning himself a reputation with other delinquents who comically tries and fails to challenge him. Both of these people are 17, and are the classic childhood friends trope. One day, Nenji and Nanaka get into a fight that ends with Nenji exclaiming “I never wanna see your face again!” shocking Nanaka, causing her to fall down a flight of stairs. This makes her regress back to when she was 6, a genki, eager girl who is obsessed with Magical Domico, an in universe magical girl show that also serves as a thematic device later on. She is now forced to live as a high school student in her current state, as Nenji is sort of her tard wrangler. 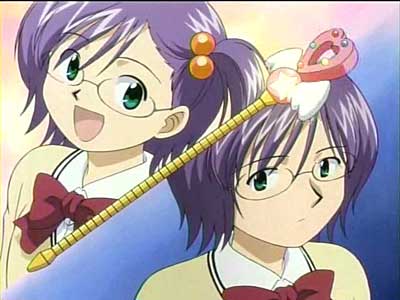 6 year old Nanaka makes everyone reflect on the assumptions they have gained through having to grow up. When love interest and initial antagonist turned supporting tard wrangler Yuriko gets intensely jealous of the attention Nanaka is garnering from Nenji, she sets out to humiliate Nanaka. This culminates in her choosing Nanaka for playing the piano for the class choral recital. Nanak being the eager mental 6 year old agrees simply on the foundation that playing piano sounds cool. When she proves she cannot play, she is still very excited to have Yuriko teach her how to play. Nanaka is endlessly trilled to be learning how to play as Yuriko gets increasingly frustrated that she can’t impose her social pressuring onto Nanaka. The climax of this arc is Yuriko saying that she likes Nenji and Nanaka being gladdened by that. She doesn’t interpret it as romance, just as an opportunity to make a friend. This speaks volumes to the social games people are expected to play just gain the slightest kindness from others. When you’re forced to go to school and eventually join the work force, a series of expectations, manners, and other social constructs are forced onto you. You no longer have time to be kind to others, you no longer have time to be honest, as you have entered the societal competition of romance and careers. The patience of kindness not only to others but yourself is seen as something that, we just can’t do. We feel like we can’t just start learning piano just because we think it’s cool. We feel like we can’t just be happy to spend time with those we love. When Nanaka switches back and forth from her 6 year old self and 17 year old self, it’s a very clear contrast. 17 year old Nanak is objectively a shitty person. She’s manipulative and cold. She sees no issue with pressuring and tricking Nenji, who has found a new sort of tenderness through being Nanaka’s caretaker, into being loyal to her. She’s vindictive towards Yuriko, explicitly attempting to make her jealous. She studies and does nothing else. She is so wrapped up in these structures that it has completely depleted her of her original innocence. But what this show strives to communicate is that purity is still within us. 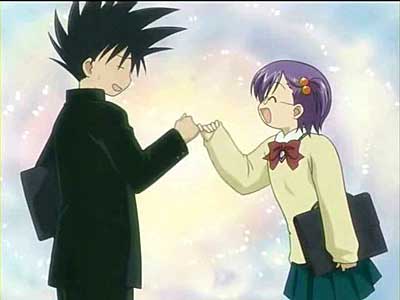 The 17 year old Nanaka, as the 6 year old Nanaka fades after the final airing of Magical Domico, learns a lot from herself. She is noticeably less of a bad person at the end of the series. That part of herself that is willing to learn anything, responds to everything with enthusiasm unknowing of the judgment around her, and is so sweet and kind to everyone is still inside her. Even if the amnesia is gone, she’s still in there, it’s in all of us. I think that’s sort of the point of age regression in really any context. It’s returning to this idealized childhood where everything was simpler. The simplicity however, never changed. We just repress our impulses to make ourselves happy, but we still know these things. Whether it comes out in a brain injury or a beautiful piece of music that revolutionizes a whole genre, there’s a child within all of us. The children in us, can make us into kinder, more self respecting adults. I think this is important to keep in mind.