Kotobuki Ran is an Inspiration! 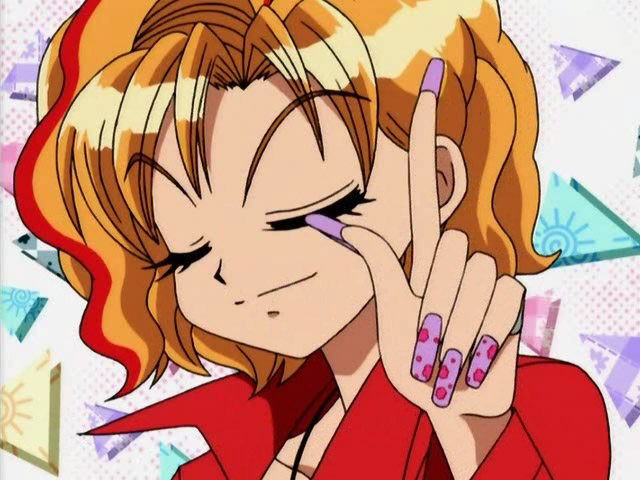 Super Gals is fun, not just in its content but underlying philosophy as well. It’s an anime that aims to communicate the value of enjoying yourself in the present, especially in rebellion to the rigid adults who try and push anxieties of the future onto young people who are in the prime stages of their lives to enjoy the moment as much as possible. The colorful cast that revolves around Gyaru culture paired with the vibrant early 2000s aesthetic and absurdist fast paced comedy makes for just an experience that’s just as fun as the show wants you to believe it is. The driving force of this anime is none other than Kotobuki Ran, the self proclaimed number 1 Gyaru in Shibuya. She is the one who embodies the attitude of Super Gals, the one who provides the heart and soul into its ethos. She is loud, impulsive, and often selfish, but also passionate, caring, and utterly charismatic which can drive both comedic and dramatic moments. Ran has become one of my favorite characters in all of anime pretty much by the end of episode 2. I would go so far as describing her as a role model in which I aspire to embody in my day to day life. She is seriously that powerful of a character, but why did this flaming personification of crackhead energy warm my heart so thoroughly?

First and foremost, Ran is outgoing. She talks to everyone, is always hanging out with her friends, and is the center of attention everywhere she goes. The amount of energy she exudes is this vibrant beam of positivity that can’t help but captivate everyone around her. Even if she is being loud, irresponsible or sometimes annoying, she can’t help but revert back to her charming self. This is because she is more than the genki girl who comes up with creative excuses to why she doesn’t do her homework, she is also an amazing friend. Super Gals is made up by a large and colorful cast, most of which make up an extensive friend group. Her main friends are Miyu, a former gang leader turned into a cheerful and responsible girl, and Aya, a timid and sometimes dramatic person who shines in her soft and empathetic nature. However, at the very beginning of the anime, she is shown to be this model student who was involved Enjo kosai. Aya starts out as the direct antithesis to Ran. While Ran is impulsive and unconcerned about the future, Aya agonizes over the future, due to the pressure by everyone around her to maintain her status as a model student. When the pressure of those expectations are forcing her to do things that make her uncomfortable, Ran is there, to smack some sense into her though an impassioned, Gurren Lagann-esque speech about living in the moment, and that being the only thing that matters. This theme also manifests in how Ran starts dating her boyfriend that she will have for the rest of the series, Tatsuki. Tatsuki is similar in energy to Ran, at times even more bombastic and impulsive than her. In a comically spontaneous moment, he asks Ran to be his girlfriend, and Ran excepts based on the fact that he is funny. It’s moments like that which really drive home the central appeal of Super Gals, but it’s not only in the comedic moments, it’s also in the fair amount of drama this series has in store. 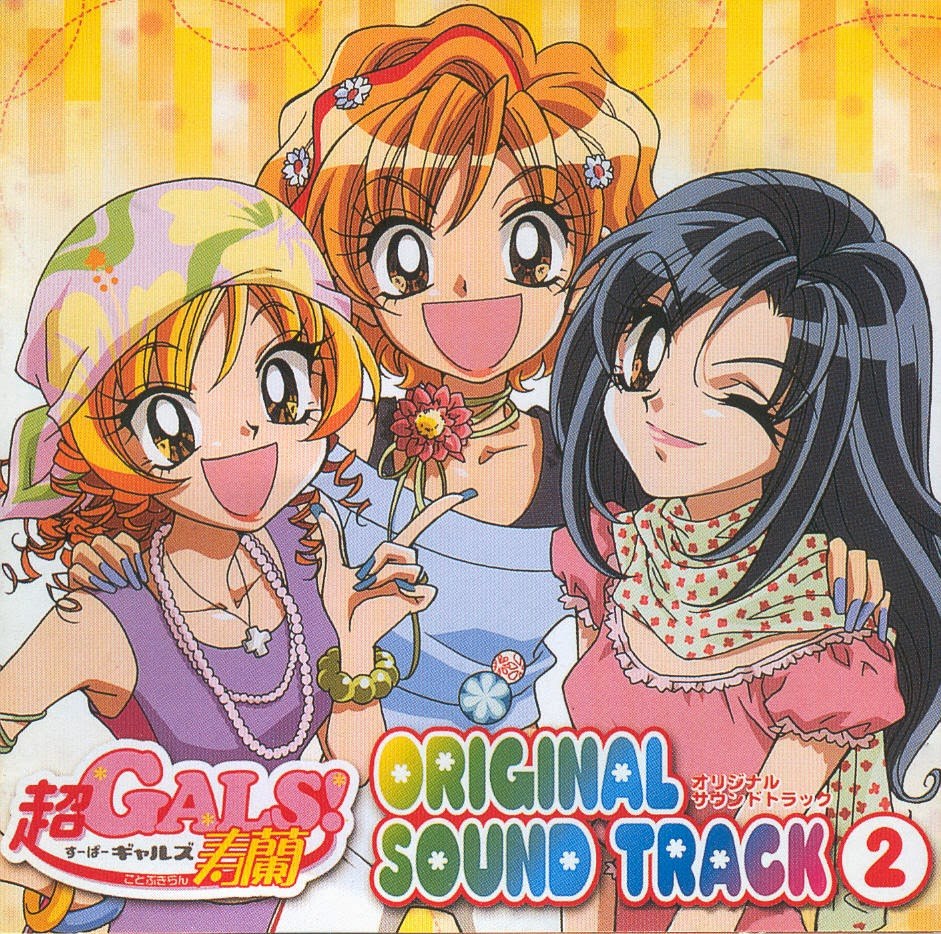 Super Gals is gutta, way more so than your typical shoujo. While issues in shoujo anime and manga tend to involve sheltered middle class kids engaging in melodrama, and this isn’t a bad thing. I love shoujo and all its cheesy tropes, but Super Gals is in a different environment. Prostitution, gangs, street violence, spousal and parental abuse, poverty, all of these themes are well within Super Gals. A fun and lighthearted time with the main cast may be interrupted by these things at any moment, in sometimes unexpected ways given its wild direction. As much as their moments that are Kotobuki Ran and her rival later turned sorta-friend-but-still-kinda-rival Mami doing these ridiculous challenges, there are moments where Miyu will have to deal with her neglectful deadbeat mother, or some guy will be trying to get the girls into shady jobs, or Ran will have to get a girl out of being pimped out by her abusive boyfriend. The fact that these are everyday occurrences within the wacky urban setting of Super Gals makes the central message of the show way more meaningful. When the show tries to tell you that you should live in the moment and try to remain positive it doesn’t come off like a bunch of privileged rich kids telling you to just stop being sad when they have no idea about the circumstances you are in, but as a warm, thoughtful embrace says you can still have a great time despite all the fucked up shit happening around you. This is twice as true when you also consider the background in which Ran, who’s espousing all the beliefs, comes from. 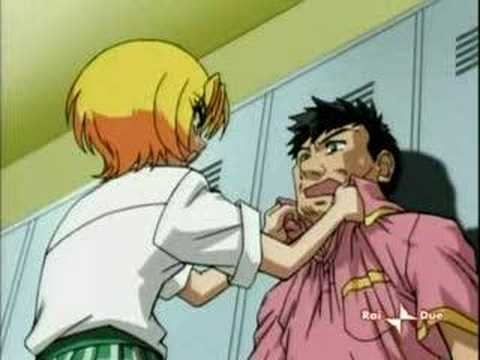 Ran is the eldest daughter in a family of cops. Her father, mother and older brother is a cop, and her younger sister is an aspiring cop herself, and is enthusiastic about it on an chuunibyou level. Despite all the internal pressure to fit into the mold laid out by an ancestry of police spanning generations within her family, she doesn’t succumb to them in the slightest. Yes, due to her simple nature you can momentarily bribe her with food or money, but in the long run, Ran will do what she wants. In a flashback episode, we see that Ran was also enthusiastic about becoming a cop, but decided not to because you can’t have dyed hair as a cop. Being a police officer directly contradicts her value to express herself freely. She absolutely will not settle for sacrifice if it means deleting an important part of herself. Despite that however, she has a strong sense of justice. When she sees someone being mistreated her first impulse is to immediately defend the person getting hurt. She prioritizes fun above all else but not at the expense of others. She wants others to have fun too, and will include you in her fun if she feels like you would make a great contribution. She doesn’t need to be a cop to meaningfully impact other’s lives, as evident by her reaching minor fame as a Gyaru towards the later part of the series. This is why she is so beloved. Yes, she’s funny and charming, but also has a naturally good heart. She changes the life of everyone around her in ways that a lot of them don’t realize until later. She is one of those people who are just a magnet, and she doesn’t try to do so, she doesn’t even think of herself as such a person. She just does what she wants, and what she wants is pure. She is surrounded by societal structures trying to keep her from these things. Her family is a family of cops, who are the soldiers who enforce unjust hierarchies that keep systematic suffering in an undying generational cycle. Ran’s family has been cops for generations, leading to a serious pressure in carying on a sort of legacy. There’s also Mami, who is this over the top display of legacy. Her father forced her to be the best at absolutely everything in the most aristocratic and opulent environment ever, but ironically still gets showed up by Ran every time. She is pushing against these symbols of narratives pushed by society that tries to tell us what’s important, but Ran is proven to have the best idea of what leads to the most happiness than any other character in the show. Her impulsiveness in turn reminds people of what life really is about, and that’s valuing feeling good in the moment. If you can make every moment feel good, then every moment will feel good. Seems obvious when said out loud, doesn’t it?

This is why Ran is an amazing character, and someone I can truly call inspirational. She represents everything I hold true in this world, making Super Gals extremely thematically and emotionally resonant throughout its 52 episode run. It’s a show beaming with energy, wit, pathos and let’s not forget the aesthetic. Its glitzy early 2000s urban look makes for a show that looks consistently amazing, even when it has to resort to more jank art and animation at times. Super Gals is an amazing anime, and should not be forgotten. I truly believe it represents some of the best anime has to offer, and for a multitude of reasons that go beyond what I just explained. Kotobuki Ran will truly be a symbol of perseverance and positivity as I go forward. 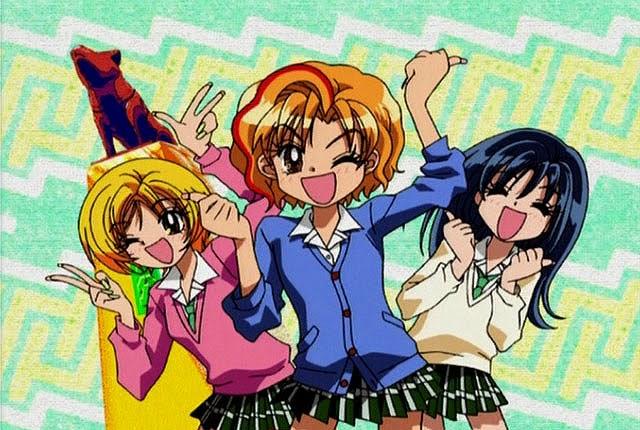